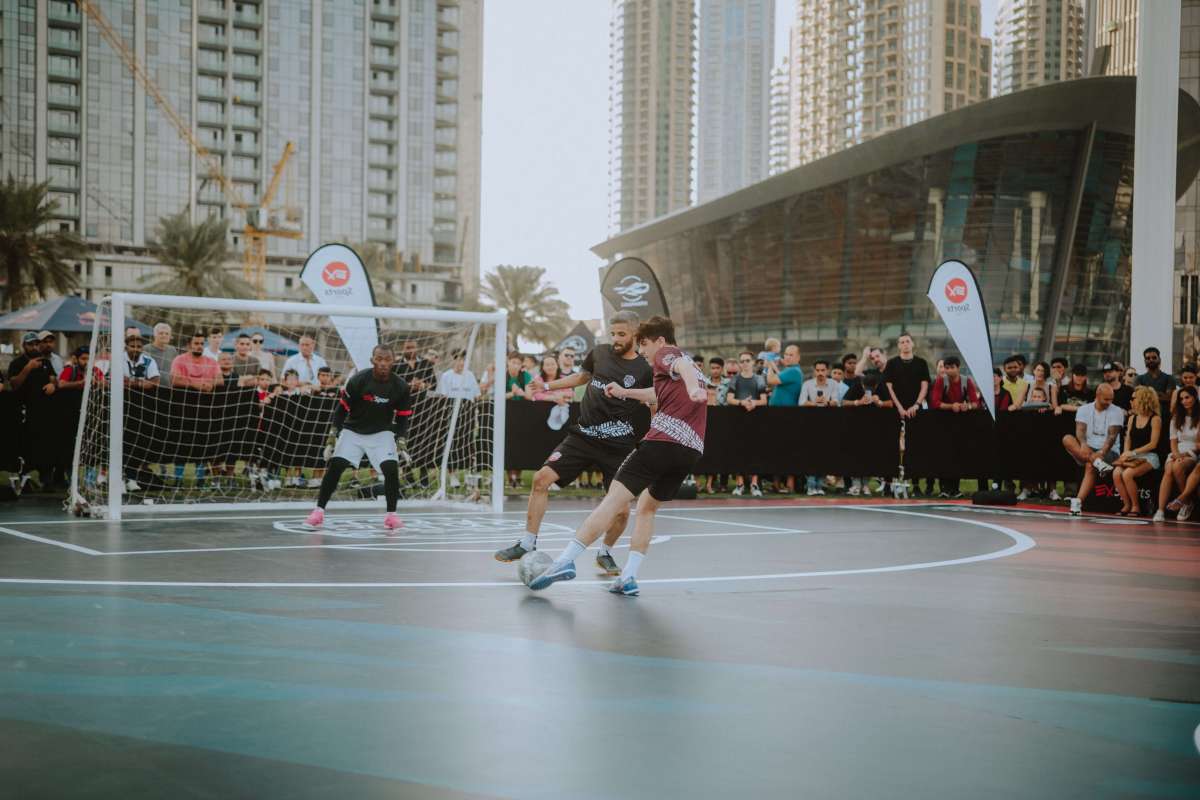 ‘Fightball’ is a 1-vs-1 match involving 2 players & 1 goalie. It is often referred to as the UFC of football. Players earn points through scoring and implementing spectacular skills including nutmegs. The games are very intense and a lot of stamina and strength is required due to the physicality.

In what proved to be a thrilling final, it was Qatar’s Mohamed Hatim who would eventually come out on top after he got the better of Saudi Arabia’s Zaid Sharif. Hatim progressed onto the World Finals where they fought against winners from other continents. Whilst Hatim rightly took the glory as he earned his place as the GCC Fightball King 2022, all of the finalists have had their NFTs minted and become in-game players in the upcoming play-and-earn Urbanball street football game.

Urbanball is centred around youth in the community, regularly staging fun and engaging recreational freestyle events in Low Income Communities (LICs), providing opportunities for the youth to compete at global competitions such as the GCC Qualifier's held at Burj Park during the start of Gumball 3000 'The Middle East'.

In line with the shared vision of the Gumball 3000 Foundation and Urbanball, aiming to leave a lasting social impact on the regions we visits, and both parties have agreed that this pitch will be donated to a nominated (TBC) low-income community for the youth to enjoy!